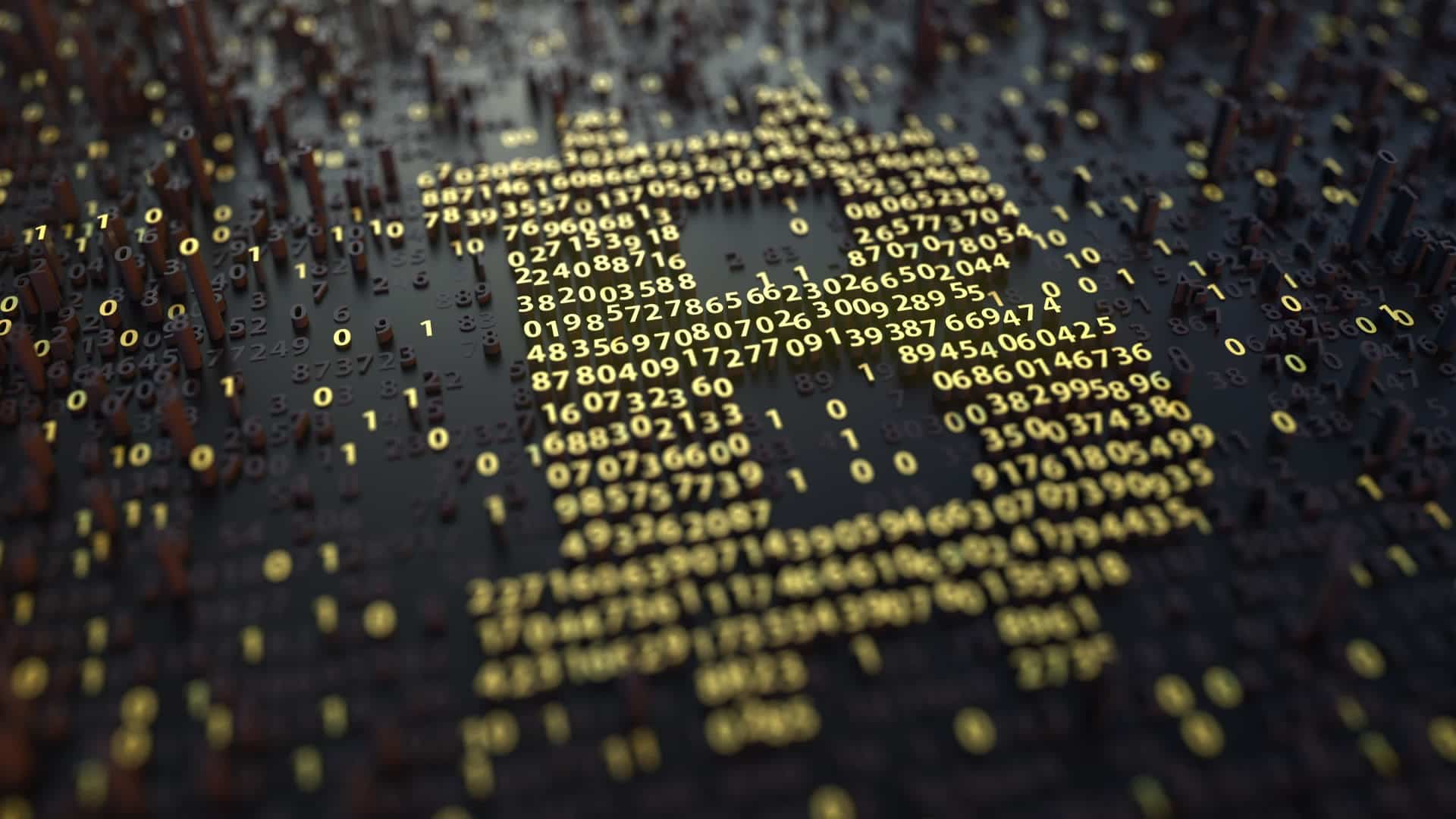 Bitcoin, with its soaring price increases and dramatic tumbles (sometimes thanks to a tweet from Elon Musk), captivates investors and dominates financial headlines today. Just a few years ago, Bitcoin was largely relegated as an asset for day traders, but interest from other investing parties has grown, leading to many questions. This article looks at Bitcoin’s merits and risks as an institutional-quality investment.

Some investors see the role of Bitcoin and other cryptocurrencies as a store of value to protect against rising inflation and to mitigate the risk of currency debasement amid the substantial increases in global money supplies. Its unique technology and momentum-driven characteristics add a speculative growth element but have provided a historically low correlation to other assets.

Some of these characteristics may also be captured in other assets, though in a very different way. Real assets like real estate or commodities may also provide a hedge against inflation, while allocations to private equity or technology stocks can capture similar growth and momentum characteristics. While these assets have similar top line objectives, they likely achieve those objectives in different ways. Gold often serves as a store of value, retaining its monetary worth. It proved to be a haven asset in periods of market stress and inflation. Bitcoin has been compared to gold due to its perceived role as an inflation-hedging asset, sometimes referred to as “digital gold,” since both assets are divisible, free from intervention by any single government, verifiable, portable and transferable.

Bitcoin’s price behavior continues to follow a boom-and-bust cycle, with each cycle reaching new peaks. Each cycle featured a similar dialogue about Bitcoin’s merits and shortcomings.

While this level of volatility is concerning, Bitcoin supporters have pointed to this algorithmic predictability in the Bitcoin supply as a positive compared to the irregular and highly expansionary growth in money supply of fiat currencies, especially in recent years. Supporters argue the predicted supply growth provides transparency and that, paired with the growth in the number of participants in the Bitcoin network, a limited supply will continue to exert upward pressure on Bitcoin’s price. The Stock-to-Flow model is often pointed to as capturing this longer-term trend, with short-term deviations around the trendline but a broadly accurate movement over a longer horizon.

The argument around increased network participation is based on the usefulness of Bitcoin, and cryptocurrencies more broadly, as transparent, globally accessible, rapid and efficient payments networks. This contrasts with the slow-moving bank networks that exist today, which are often restricted to individual countries. The belief is that as more developers build decentralized apps (DApps) on the Bitcoin network, its network value will increase and draw in more participants and more developers, a self-perpetuating cycle. These network effects are reminiscent of the rise of telephones or the internet. Recent developments, such as acceptance of Bitcoin by payments processors like PayPal or vendors such as Whole Foods, highlight the growth in Bitcoin’s payments network and its wider acceptance.[1]

Although Bitcoin’s primary function is as a payments network, the rise of Bitcoin as an investment is equally important. Its returns in recent years dramatically outpaced those of other asset classes, which the bulls would argue make it a promising portfolio addition on a forward-looking basis. This is perhaps magnified by its historically low correlation to traditional asset classes. From a portfolio construction standpoint, that combination of high returns and low correlation would improve the portfolio’s risk-adjusted return. Increasing adoption among institutional investors could provide investors more security around Bitcoin as an investment, compared to previous cycles when widespread institutional investment was lacking.

Major investment firms, such as Fidelity and BNY Mellon, have introduced Bitcoin solutions, and reputed hedge fund managers such as Stanley Druckenmiller voiced their support for Bitcoin, primarily as a hedge to inflation and as a store of value given the rise in money supply among fiat currencies.

Anyone paying attention to Bitcoin knows an obvious risk to investing in Bitcoin is its extremely high volatility. Volatility is inherent to the asset. It has been roughly five times as volatile as Gold and the MSCI ACWI, four times as volatile as the S&P 500 and almost nine times more volatile than the S&P Real Assets index from 2014 to 2020.[2] A stark example of this is the recent price run-up to over $60,000 and subsequent crash to below $35,000.

What may be prudent for an investor depends on their specific circumstances. Some proponents argue that rising institutional adoption could smooth returns and reduce volatility; however, the possible downward pressure that an end-of-period portfolio rebalancing (by institutional investors) could force liquidations among highly leveraged investors in the market and amplify volatility.

A similar competitive risk is presented by the promise of Central Bank Digital Currencies (CBDCs), most notably the Digital Yuan pilot being conducted by the People’s Bank of China. While cryptocurrencies rose as a challenge to traditional fiat currencies, regulatory risks continue to be significant. These CBDCs come with similar technology as cryptocurrencies, yet also have the backing of governments and the regulatory push to force adoption. Although this risk is faced by the entire non-governmental cryptocurrency complex, the risk is lessened because these CBDCs would be national and not global like Bitcoin or other incumbents. Broader global acceptance of Bitcoin, Ethereum and others would reduce this competitive risk.

Although these risks already exist in the marketplace, continued uncertainty continues to plague the space. Regulatory risk remains significant as various governments have proposed blanket bans on cryptocurrencies altogether. Other risks include the potential hacking, although hacks have generally targeted cryptocurrency exchanges and wallets by exploiting poor security systems on the part of these service providers.[3]

Hacking the Bitcoin network would require control of over 50% of the total mining power. A recent power outage at a major mining location in the Xinjiang region of China led to a precipitous fall in Bitcoin prices over the following two weeks as highly leveraged investors faced margin calls and liquidated. Although the Bitcoin network is decentralized, various estimates claim that nearly 50% of mining happens in China, which presents significant concentration risk.[4]

A recurring criticism of Bitcoin has been its association with illegal or illicit uses. While holding a currency responsible for its use seems to be a double standard, some additional clarification is required in this regard.

Unlike cash, Bitcoin transactions are recorded and coded into the transaction ledger, verified by the network and permanently registered. The record of transactions on the Bitcoin network cannot be changed. Since Bitcoin is pseudonymous, not anonymous, participants in Bitcoin transactions can be traced and pursued by the relevant authorities.  The FBI and other agencies have successfully tracked down various participants tied to illicit Bitcoin transactions and taken subsequent action. One such recent event included a seizure of $1 billion worth of Bitcoin.[5] While no assurances can be made that Bitcoin will not be used for illicit activity, its reputation for nefarious transactions may not fully reflect the facts.

Additionally, there is a feedback loop with the price of Bitcoin: as prices rise, mining economics become more favorable, incentivizing more miners to enter the market. The Bitcoin mining algorithm automatically increases the mining complexity as new miners enter. This increases the amount of energy consumed to mine the same amount of Bitcoin as before. Total energy consumption continues to rise. This could lead to various concerns, chiefly the potential environmental impact.

However, there are complicating factors such as whether the energy was produced from renewable resources or the opportunity cost of a digital currency versus the breadth of energy consumption from our current financial system. While energy usage is certainly an issue to be aware of, we do not see it as central to the discussion of using or investing in Bitcoin and other digital assets.

Bitcoin continues to grab the attention of many investors, most recently during a rally in the context of forward-looking inflationary pressures and the rapid expansion of money supply. Its outsized historical returns and historically low correlation to other asset classes, combined with growing support by institutions and famed investors, has understandably drawn interest. We encourage anyone considering Bitcoin as an investment to learn more about the cryptocurrency and its risks before moving forward.

If considered an asset class, Bitcoin carries significant risk. As such, it should have a limited size in portfolio allocations, if treated with the same considerations as other asset classes. Investors also need to carefully consider the dynamic landscape for other cryptocurrencies, regulation, taxation and the significant uncertainties surrounding Bitcoin before investing.

For more information, please reach out to us directly at 770-368-9919 or email Cliff, cliff@cwoconner.com or Kevin, kevin@cwoconner.com.

This report is intended for the exclusive use of clients or prospective clients of C.W. O’Conner Wealth Advisors Inc. The information contained herein is intended for the recipient, is confidential and may not be disseminated or distributed to any other person without prior approval of C.W. O’Conner Wealth Advisors Inc. Any dissemination or distribution is strictly prohibited. Information has been obtained from a variety of sources believed to be reliable though not independently verified. Any forecasts represent future expectations and actual returns, volatilities and correlations will differ from forecasts. This report does not represent a specific investment recommendation. Please consult with your advisor, attorney and accountant, as appropriate, regarding specific advice. Past performance does not indicate future performance and there is a possibility of a loss.

[1] Forbes. “Retailers are accepting crypto. Should loyalty programs be next?” https://www.forbes.com/sites/bryanpearson/2021/05/24/retailers-are-accepting-crypto-should-loyalty-programs-be-next/?sh=53b4cd4f1368