Should You Include Gold in Your Portfolio? 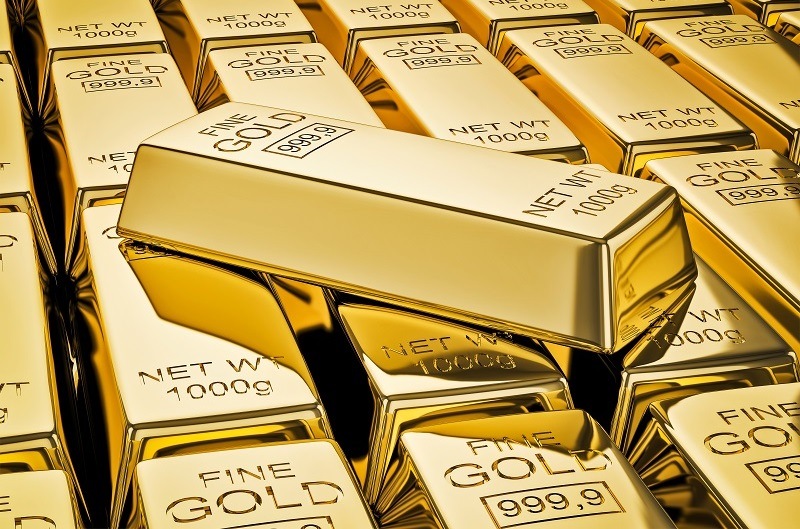 Despite the common perception gold provides protection against high and increasing inflation, gold actually has performed best in deflationary environments. And, although evidence suggests gold offers protection during periods of stock market distress, historically it loses its luster during severe market corrections.

With gold prices up nearly 20% in the past year, the precious metal is making headlines and creating intrigue among investors. Keeping gold’s past performances in mind, it’s fair to ask — is gold a savor or a fraud?

In this post, we are setting the record straight on gold and examining what role it should play, if any, in a portfolio.

Gold’s role in commerce is a history of monetary systems. During the Roman Empire, under a gold-backed monetary regime, the Romans used gold and silver coins to facilitate trade, support capital projects and fund military expeditions. Eventually these costs accumulated relative to the finite supply of silver and gold entering the empire. In response, Roman officials devalued their currency by decreasing the purity of the coins to increase the supply in the market. It was effective to a point. Eventually the diminished coin quality led to hyperinflation, contributing to the demise of the Roman Empire.

There are numerous other cases of monetary regimes vacillating from gold- to fiat-based systems. Throughout regime changes, a common theme emerged: the balance between monetary flexibility and trust in a monetary system.

Fast forward to the immediate aftermath of World War II, allied nation leaders tied foreign exchange rates to the U.S. dollar and pegged the U.S. to gold at $35 per ounce. That monetary arrangement, The Bretton Woods System, lasted until 1971 when U.S. President Richard Nixon closed the gold window. Since then, global policymakers have generally favored the floating rate fiat currency arrangement in place today.

Unlike other assets whose returns are driven primarily by their ability to generate cash flows, the price of gold is driven primarily by supply and demand. Since the supply of gold is relatively static, the demand for gold is the primary driver of price appreciation. The rule-of-thumb is the demand for gold rises when prospects for economic growth weaken, such as high inflationary or volatile market environments, so we put this assumption to the test since it is key to the price of gold.

To test this, we looked at real interest rates expectations as a barometer of economic growth. Falling real interest rate expectations indicate investors expect a lower rate of return from financial assets. If common perceptions hold true, gold prices should be negatively correlated with expected real interest rates. A correlation of one means the two move in perfect unison, negative one means they are opposites and zero means they have no statistical relationship with one another. As the graphic below shows, the correlation between the two is -0.87, a significant negative relationship.

Another common claim for gold’s role in an investor’s portfolio is to act as a safe-haven asset that protects in down markets. To assess gold’s functionality as a safe-haven asset, we turn our focus to drawdowns on the S&P 500 Index. Focusing on those months the S&P 500 Index generated negative returns, gold proponents would expect gold prices to rise or remain static. Mathematically, if this assumption were to hold, the correlation between the returns from gold and the S&P 500 Index should be negative during these periods. The following table below shows the monthly correlation of returns from the S&P 500 Index, gold and the Barclays Aggregate Bond Index for varying levels of market drawdowns.

As shown below, gold tends to hold up well relative to stocks across all equity drawdown periods observed. However, while gold returns were positive for equity drawdowns within an 8% drawdown, gold prices actually fell during more severe pullbacks. Paradoxically, some proponents of gold are in favor of owning the asset as a hedge against these more severe downturns. On the other hand, bonds produced positive returns across these environments, indicating they provided better insurance against market drawdowns.

Gold’s Role in Your Portfolio

Gold, with its rich history as a monetary surrogate, remains a polarizing asset. With many heuristic biases around gold, it helps to step back and focus on the data. Our analysis shows investor interest in gold when economic growth expectations deteriorate.

Expectations, however, only sparingly align with reality. There is little evidence gold either protects against inflation or provides insurance against market drawdowns. We don’t deny there will be times when gold performs well and appears to be an attractive allocation within a portfolio. However, these periods either do not align with common perceptions or are difficult to forecast. For those reasons, we do not recommend a strategic allocation to gold. Instead, investors should construct a traditional portfolio of fixed income and equities along with an allocation to real assets.